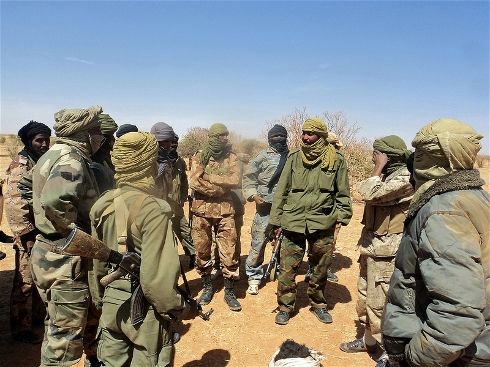 BAMAKO, 30 April 2015 (IRIN) – The last few years in Mali have been busy: an independence declaration, a coup, a mutiny, a northern takeover by Islamist groups, a French military intervention, a hostage crisis, a guerrilla campaign, a preliminary peace deal, and finally, in February, a ceasefire.

Given all the turmoil, it is little surprise the last two entries – the peace deal and the ceasefire – are now under grave threat.

Tuareg rebels have long fought for independence, or at least greater autonomy, for the large part of northern Mali they call Azawad. The rebels are dragging their feet on signing the latest peace deal and fresh clashes have prompted UN Secretary-General Ban Ki-moon to warn that the situation is in danger of unravelling:

Here’s a look at how we got here and what we can expect to happen next:

HOW WE GOT HERE

The familiar pattern for decades has been Tuareg rebellion, then peace talks, growing dissatisfaction and ultimately renewed conflict. The stakes were raised, however, when many Tuareg rebels fought as mercenaries during the Libyan civil war in 2011 and returned with greater experience and weaponry.

Displeasure at president Amadou Toumani Touré’s handling of the rebellion led to his ouster in a March 2012 coup, which opened the door to Tuareg fighters seizing several northern towns and cities with the help of a growing number of Islamist insurgent groups.

The Tuareg declared independence for Azawad only to see the Islamists begin imposing sharia law. The interim government cried for help and the French military launched Operation Serval aimed at ousting the Islamist militants from northern Mali. The mission ended in July 2014 when France replaced it with a Chadian-based counter-terrorism operation across the Sahel region.

Maenwhiile, in May 2014, Tuareg rebels had retaken the northern city of Kidal. The defeat and the rebels’ subsequent push south towards the regional capital Gao and Menaka, close to the border with Niger, convinced the Malian government to launch a fresh bid for peace.

But the Coordination of Azawad Movements (CMA), a coalition of Tuareg rebel factions and Arab and Fulani separatist groups, refused to sign, saying the accord failed to meet their demands for a “geographic, political and juridical entity.”

WHAT’S ON THE TABLE?

The latest accord would, broadly speaking, give greater powers and resources to the north but stops short of granting it full political autonomy.

It emphasises reconciliation within Mali, which should remain a united, secular nation rather than allow for an independent entity made up of the three northern regions: Gao, Kidal and Timbuktu.

«It’s a compromise that falls short» It proposes giving more powers to elected regional assemblies and leaders in the north, as well as allowing for greater representation of northerners in governmental institutions.

Mali observers say the agreement’s use of the term “secular identity” appears designed to water down rebel aspirations.

“It’s a compromise that falls short of the rebels’ goals of either an independent Azawad or a sharia-based Mali,” Benjamin Soares, a senior researcher at the African Studies Centre in Leiden, told IRIN.

WHERE EXACTLY ARE WE?

Bruce Whitehouse, a cultural anthropologist at Lehigh University in Pennsylvania, believes the government and the rebels are as far apart as ever.

“There are factions on both sides opposed to making any concessions whatsoever,” he told IRIN. “We’ve known all along that a large portion of the separatist groups’ rank-and-file would never settle for anything less than independence. Meanwhile, opposition to the agreement has been getting more strident in Bamako.”

While the government and northern rebel groups prevaricate, the security situation continues to deteriorate.

“Any further delay in signing and implementing the peace agreement can only benefit terrorist groups, whose threats on the ground are increasing… [with] the population being the primary victim,” Radhia Achouri, a spokesperson for MINUSMA, the UN peacekeeping mission in Mali, told IRIN.

Main mediator Algeria, MINUSMA, the African Union, France, and Mali’s neighbours all regard the peace deal as a vital first step towards restoring order and security in the north.

The delay has resulted in renewed fighting between insurgent groups and the Malian army, inter-communal clashes, the withdrawal of security forces from several areas, and a resurrection of attacks on humanitarian workers and civilians.

Growing frustration over failures to find a solution to the crisis is also fuelling Islamist extremism. Security sources in the region say groups like Ansar Dine and Al-Qaeda in the Islamic Maghreb (AQIM) have stepped up their recruitment of unemployed young people who are fed up with the current situation.

The UN Security Council has urged the three main separatist groups to sign the deal no later than 15 May or else face sanctions.

On Monday, a spokesperson for the CMA said the rebels were prepared to sign the deal, which was drawn up at meetings in Algiers in February, but that further talks were needed first.

One of the key differences between this and past peace agreements is the strong involvement of the international community, which has played a larger role during the negotiations and promises to carry that through in any upcoming implementation phase.

«Reaching an agreement is the easy part» Gilles Yabi, with West African think tank WATHI, said pressure was definitely being applied on the different parties by the international community, especially Mali’s neighbours. “Whoever fails to sign the agreement brokered in Algiers will be seen as the one who halted the peace process,” he told IRIN.

But even if the peace deal is signed by 15 May, this is only the first step. Accords in the past have taken more than three years to implement, only to break down again as different factions vie for influence.

“Reaching an agreement is the easy part, it’s implementing it that will be difficult, and why previous peace agreements have failed,” Yabi told IRIN.

Disarmament and reintegration of Tuareg fighters into the national army could help speed up the process. However, the ongoing clashes and government attempts to mobilise Tuareg and Arab militias loyal to Bamako have severely damaged trust between the parties.

“Even if the armed groups sign the accord, which includes disarmament within one year, it is unlikely the rebels will disarm before political reforms are in place,” Yabi said, expecting the basic structural changes alone to take up to 18 months.

Whatever happens over the next few weeks, Mali’s peace process faces a long road ahead. 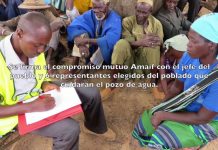 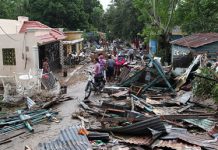 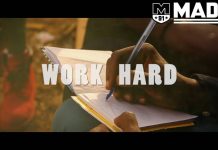