Inicio Sociedad Derechos Humanos Iran: Absence of human rights from the negotiating table is a political...

Paris, 9 July 2015 – In light of the expected nuclear deal between the P5+1 and Iran, FIDH remains deeply troubled that the negotiations have failed to include any mention of human rights. This is despite numerous demands over the past year by the EU, FIDH and previous UN High Commissioner for Human Rights, Navi Pillay, among others, who have called on the international community to include human rights issues in all of its dealings with Iran.

“Rapprochement between Iran and the West is in some respects a good thing, especially if it leads to an end to the sanctions. But the failure to include human rights in the negotiations is a missed opportunity and a political mistake that will have a palpable effect on the Iranian people,” declared Karim Lahidji, FIDH President.

These nuclear negotiations and apparent political rapprochement with the West have resulted in Iran’s President Rouhani being hailed by some as a reformist. In reality, the human rights situation in Iran since Rouhani’s election in 2013 has not improved. Indeed, in June 2014, FIDH’s President Karim Lahdiji denounced the lack of progress on human rights under Rouhani’s administration. In the year since, the human rights situation in Iran has only deteriorated, the repression of basic freedoms continues and grave human rights violations persist. Everyday, women as well as ethnic and religious minorities suffer from discrimination. Due process is still denied to prisoners, particularly prisoners of conscience.[1]

To learn more about the experience of human rights defenders in Iran today, and how they have persevered, visit our #ForFreedom campaign website or read our recent profile of the Iranian human right lawyer Nasrin Sotoudeh. 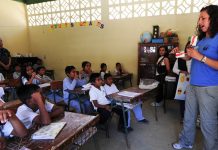 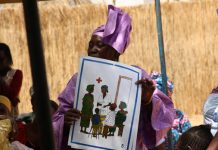